Welcome back to another episode of Another Way to Play. If this sounds a little bit different to those of you who are returning that’s because it is. Starting now and for the foreseeable future, we’re going to start doing solo episodes on Mondays. That’s because I have found that I come across a lot of really interesting things that I want to share with you to kick your week off and hopefully give you something to mull through the week, and potentially help you level up your mindset. Today, let’s talk about sunk cost, the Psychology of Money, and how to have a winning mindset.

Another Way to Play

Another Way to Play is your wake-up call to finally make a difference by creating a life defined by freedom. This is about entrepreneurs, thought leaders, and industry professionals who have left the nine-to-five rat race behind by taking the personal leap from where they were to where they want to be.

It’s time to stop going through the motions, stop hitting the snooze button on your life, and get the insight and inspiration you need to make the next chapter of your life better than the last.

Having a winning mindset is the key to your success. But how does that mindset change over time?

Things you will learn in this episode:

“Having a championship mindset, a winning mindset is the key to your success.” – Hans Struzyna

“We go through these different phases in life, and to think that the way you’ve been doing things will continue to serve you at the same level and the same way is ludicrous. So you need to figure out how to adjust, how to change and basically be different.” – Hans Struzyna

Resources mentioned in the episode:

LEAVE A REVIEW + help someone who wants to explode their business growth by sharing this episode or click here to listen to our previous episodes.

Are you working HARD but not really moving the needle on anything? You should check out my POWER LIST and find out how you can get more done to move your business, project, or relationship closer to where you want it to be. Let’s go!

To know more about me and all the real estate opportunities you can find, check out my website at Hansstruzyna.com and follow me on Instagram. Get the chance to talk with me for FREE. Set up a call using this link https://calendly.com/h-struzyna/15min 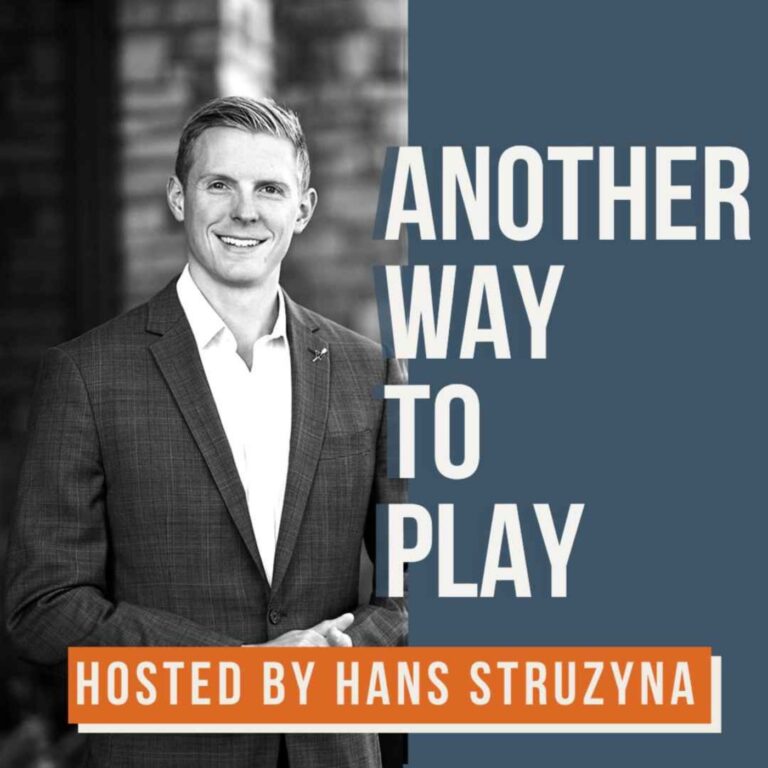 We’ve talked about mindset and how having a championship mindset, a winning mindset, is the key to your success. But how does that change over time?

That’s what I’ve really been thinking about. Because, you know, when I was rowing competitively, I had a very specific mindset. It was an athletic mindset. I actually was interviewed on a podcast just last week that really got me thinking about this.

There were certain things in my day to day routine then. There were things about the way I viewed the world then that really served me at that time, specifically being really zeroed in on my one true goal—making the Olympics, and trying to go for a medal.

All other things went by the wayside. That includes certain friendships and obviously, my social life. That means I have to skip out some things like going out to weddings and attending parties. But that’s not all. It also affected a lot of other aspects of my life like what I ate, when I went to sleep, what I watched, how long I stayed up watching something, among other things. However, that really served me really well. It was a mindset I was in. I had to be so laser focused that I literally cut everything else out.

The Real World is Not a Bubble

Fast forward, now done with rowing and ready for the next challenge and adventure, that mindset is no longer working as much. When I got out of rowing and still tried to employ it, I found that the real world is not a bubble, like my rowing career was. And so it became a tough transition.

If you’ve previously listened to the show before, you’ve heard me talk about my failure, or what I deemed my failure at the Olympics, and how I carried that for almost a year and a half, if not maybe a touch longer. And also, how I eventually turned that around and, and made that part of my story.

I was lost in that year and a half and really trying to use all the tactics that I had learned as an athlete– cutting everything out that I could. Really focusing on just producing as a real estate agent. Back then, I was making a lot of cold calls, trying to go on a lot of appointments, shaking a lot of hands, you know, get contacts, follow up, get closings, all that kind of stuff. But frankly, I was really lost.

What I was doing then served me to the degree that I was able to close some deals and get some short term success. But it really didn’t feel right. And frankly? It wasn’t sustainable.

So we’re going with this, this mindset that made me an Olympian that helped me get to the highest level of achievement in a sport, is also the thing that made me absolutely miserable when I tried to apply it to this new pursuit.

The Psychology of Money

Recently I’ve been reading this book, which I would highly recommend you guys check out. It’s called The Psychology of Money. In it, the author, Morgan Housel, talks about the sunk cost fallacy and how goals are really important to set, especially financial and investing goals. Additionally, how your strategy will change depending on what phase of life you’re in.

So Morgan’s main point is if we go through these different phases in life, and think that the way you’ve been doing things will continue to serve you at the same level in the same way, is ludicrous. Therefore you need to figure out how to adjust.

That got me thinking back about my mindset. Going back to rowing, I was so laser focused on my training, on doing what I had to do to make the boat go fast, to put myself in peak performance that I literally cut all this other stuff out. But when I did the same thing in the real estate world– making phone calls, following up, sending mailers, and doing all that stuff– I was miserable. It was not sustainable for me.

Because the one thing that made me really successful in rowing was probably the thing that was going to make me burn out in real estate, I knew I had to pivot. I had to change that.

Honestly, that also coincided with the moment that I had to redefine my story. From thinking I was a failure as a rower because we didn’t hit our goal, to thinking that it was just a part of my 12 year process.

For me, that mindset shift happened at the same time that the strategy shift happened. Back then, I started to realize, if I wanted to be successful, it wasn’t going to be about just hard work, and grinding, and making 1000 phone calls a day. I was also going to make it about connecting with people, being genuine, and having a real relationship with folks. Most importantly, try to provide value beyond just banging someone’s door down or ringing their phone, three, four or five times a day.

Disclaimer though, I did not say that just to throw everything, you know, throw the baby out with the bathwater. But I definitely had to change the way that I was doing it. And frankly, when I did, I did it to a lot of success.

Fast forward to today, when I’m reading this book, Psychology of Money, I look back on that moment, and say, I didn’t really know that I was changing my strategy at the time. But that’s really what I was doing. Therefore, it got me thinking about other things like, how we view ourselves in the past, like the past decisions we’ve made in the past, whether we were right, wrong or indifferent.

A lot of times in the past, we’ve probably sit in with the norm because it worked in the past. Because it’s what is comfortable at that moment. Because change is scary so we don’t want to do things any other way.

However, as we get to different phases in our life, we become a different person. It’s also the time to look at things a little bit differently. So this concept of sunk cost has really been floating around in my mind, and here’s where I want us to go with this. Hopefully, through this week, as you’re going through your days, start thinking about the things and the ways you’ve been doing things. Not necessarily just the routine, but the way you’ve been feeling and thinking about those things.

A Challenge for You

In the past, I used to think that putting my head down, making it uncomfortable, and grinding it out was absolutely the way to success. To some degree, that’s true, there is a reality to that that we have to do things that are uncomfortable. But it really truly turned out that it was not going to serve me at the same level. So my challenge to you is identify those things that you have a relationship with that make you feel a certain way, and start to think like, is there a new way? Is there a way I’m able to change that relationship?

Maybe it’s the relationship you have with your younger self, or a friend, or you know, substances like alcohol or food or whatever. Think of how you’ve had that relationship in the past, but also, ask yourself, “Does that need to continue forward?”

And the answer is probably no. I mean, generally speaking, you we’re evolving, we’re all changing all the time, and that is an opportunity to be a bit of a different person and start to pivot and change your relationship with these things that maybe served you at the time. Those things were probably fun at the time, worked at the time, but if they’re no longer taking you where you want to go now, you certainly have to have some awareness around it. Because in my opinion, that is the first step to moving forward and changing your mindset.

Your sunk cost is not an excuse to keep doing what you are doing. –Hans Struzyna

Resources mentioned in the episode:

LEAVE A REVIEW + help someone who wants to explode their business growth by sharing this episode or click here to listen to our previous episodes.

Are you working HARD but not really moving the needle on anything? You should check out my POWER LIST and find out how you can get more done to move your business, project, or relationship closer to where you want it to be. Let’s go!

Buying a home is a complex and nuanced journey with many key steps. I am not here to perform a transaction; I am here to build a lifelong partnership.